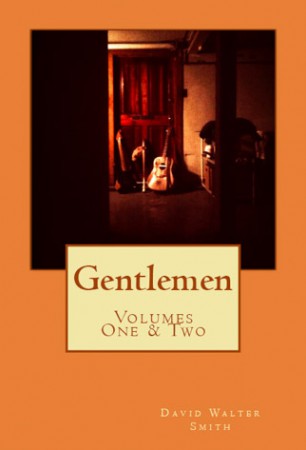 I was born in Chicago, the youngest of six, the year The Beatles found America by taking a left at Greenland. In 1968 Mom kept us in the house even though we lived safely on the city's northwest side, far from the historical, social-political melee. I had just turned six in 1970 when I suffered a third degree burn missing over a month of school. I fell terribly behind and by February '72 Mom and Dad, disenchanted with the school's system, removed a few of their younger children to be home schooled. Portage Park Elementary and the Chicago Board of Education took it personally, harassing us through the courts until September '73 when we returned to their Institutional fold. Dad called these the Disney years—no, he was not being ironic—but they ended on Christmas Eve 1976 when my oldest brother Joel confessed to Mom about the voices in his head. Yet his being diagnosed with severe paranoid schizophrenia didn't prevent the summer of '77 from being one of Joel's most legendary and one that was his brothers' glory to witness.Through it all my Depression Era Babies of parents played shepherd to their little lambs as best they could: Eileen, the eldest, Mom's right hand maiden who lead us all more than I ever realized; Joel, who taught his brothers to bleed through a guitar; Art, the first hero I ever knew, half Huck Finn/half James Dean, a boy of the world with his own American dream; then Chris, over whose shoulder I discovered my first true love in baseball and, a few years later, Jackson Browne to boot; and lastly before me Josefa, who stood close to guide me through and out of the shadows of the others. There was disco, there was Watergate, but all that meant little to my brothers and me, spending the better part of the 1970s as "alley bums" living and trying to grow up in my Grandma's two-flat basement apartment while she, my sisters and well-meaning, perpetually put upon—but in no way seeking saintly martyrdom—parents cringed hopefully above. On the door that held our apartment from the basement, sitting kitty-corner from the room Dad had built for Joel's rock-n-roll dreams, was a brown, plastic restroom plaque screwed in at eye level that read: GENTLEMEN.