Homepage > THE ART OF BEING KHAN

THE ART OF BEING KHAN 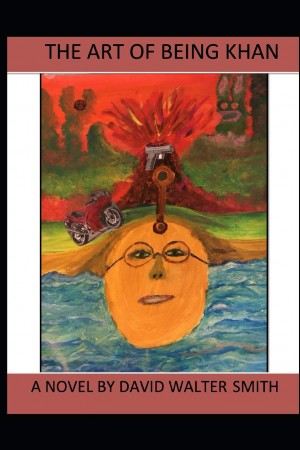 Khan did not start out to assassinate the President of the United States. Killing the Cheeto-in-Chief was Lewis’ idea. Khan, at first, only wanted Lewis dead. There had been an explosion when both men were in the army in 2003 that left Khan with a left lame arm, an intestinal problem that never allowed his asshole to be dry, and an honorable discharge. Khan decided the accident no such thing and, in his delusional mind, pegged Lewis a villain. Recovery from surgery then more surgery needing more recovery left Khan in the VA for a year with another given to out-patient therapy…time passed. Next thing our wounded soldier knew, over ten years had fallen away and Lewis was still breathing air in Bixby, Oklahoma; breathing in an underground bunker on an abandon farm with three other men plotting the death of a sitting President.

That’s where Khan had tracked his villain down in the fall of 2019. Before killing the man, Khan saw the wall; saw the plan: liked the plan. Since crazy people need more crazy people to do a crazy thing, Khan joined the crew. Speaking of nut-jobs, a funny thing happened on that day in June 2020. Our insane-subversives were putting their mad plan into action, when several other groups showed up at that very instant to execute diabolical plots of their own: a fed up gaggle of senior citizens; a P.T.A meeting that had apparently gone more awry than anyone could have imagined; and then there were the Christian Surfers for a Moral America. All of these people wanted the Orange Goblin dead. After much bloodshed and hilarity, our beloved mental patient, Khan, stood over the dead hair-piece and was crowned ruler of America by all who survived the melee.

…The end of a book written by Vuma anyway. A novel that started out as an intimate portrait depicting an unstable young American male of Korean descent (raised by a kindly old Mexican), had somehow morphed into a sensationalized, blood-soaked, political farce.  That it was a piece of pointed satire didn’t prevent the writer from getting interrogated by Homeland Security; which lead to the book being published by RANDY-PENNY-GUN; who sent Vuma on a nation-wide promotional tour; where gun lovers of the Right and haters on the Left, both vehemently protested at every book signing. Meanwhile, the 2020 presidential campaign heated up into what promised to be an historical climax.

Will fact follow fiction into the carnage of our lesser angels? Will Vuma make the best-sellers list or be put on trial for treason? Or will all be made moot by a sudden apocalyptic shift in the climate?

Webnode, an innovative sitebuilder
Have a captivating website for free!
Get started